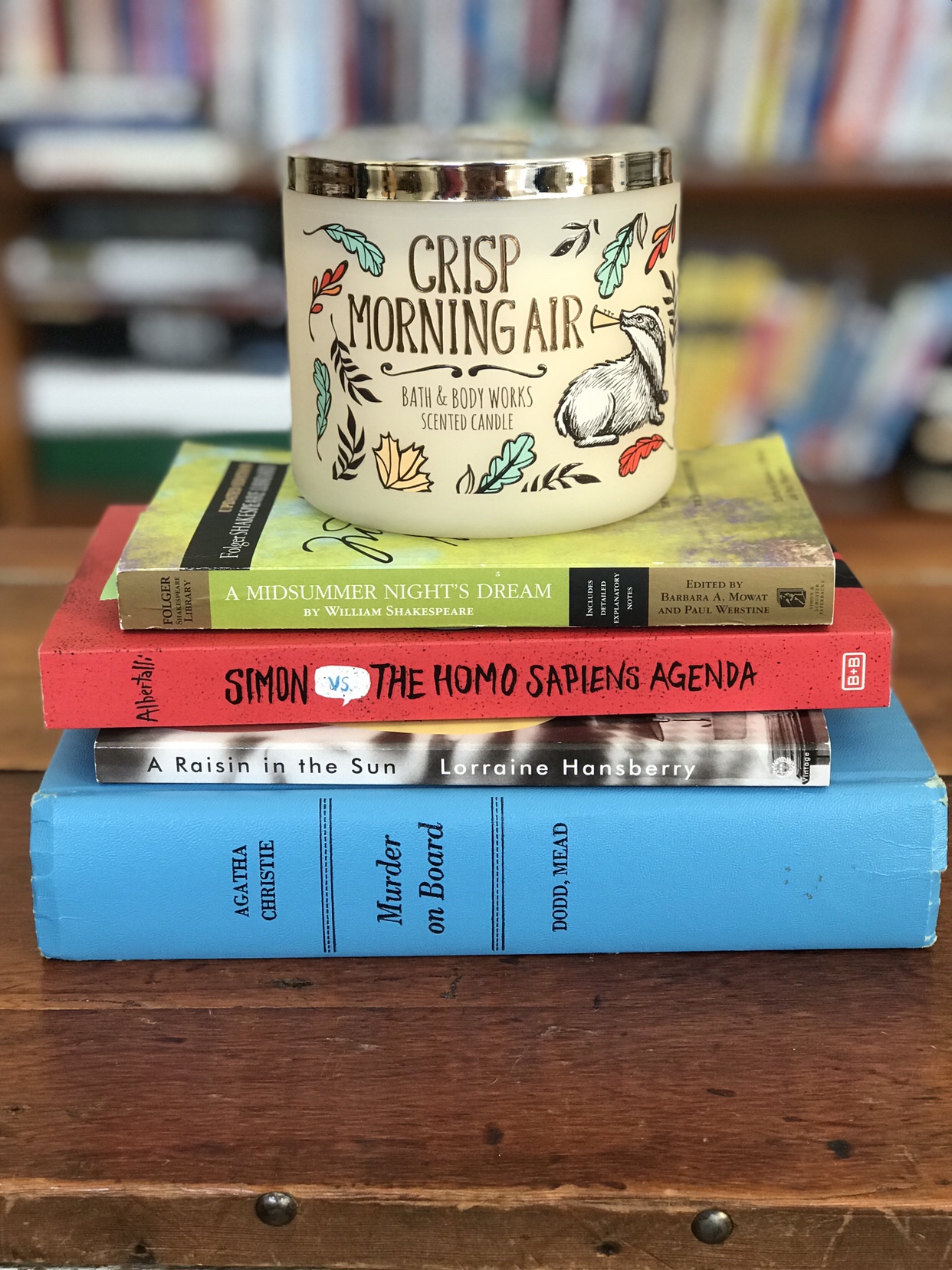 Chant with me: “September, September, September!” Okay, so this summer wasn’t so bad, but it wasn’t so amazing either. I am completely ready for the Fall season to get going already even though that means grad school and work-school began last week. Apart from horribly dreading the next eight months (edTPA, actually having to teach, lesson plans, edTPA, etc), working to become an English/ELA teacher means there are a lot of books to read. More books is always a good thing in my opinion.

At the beginning of every month I will introduce what I will be reading for that month. Some months might have several (like this month), some months may only have one (I’m thinking March when I have to turn in the edTPA), but there will always be something. I try to read from different genres in a month as well. Here we go! 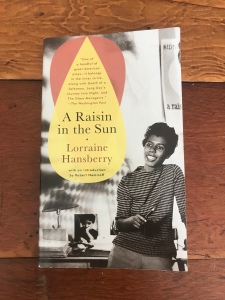 I did not exactly choose this play, it sort of chose me. My CT (cooperative teacher) wants me to redesign a unit around this play and teach it to the sophomores in January. In a happy coincidence, we were told in class that one of our assignments this semester will be to create a short unit around a book. This play centers around the Younger family, an African-American family living in Chicago’s South Side in the 1950s. If you follow my Goodreads progress at all, you will know that I finished this play a couple of days ago, although I plan on reading it a couple of more times before I create the unit. I will save the rest for a review later this month, but I am glad my students are going to be reading this and that I get the opportunity to teach it. 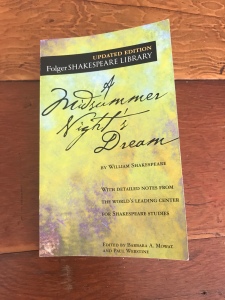 Okay, so weirdly enough, I had never read this play before, even though I have read many of Shakespeare’s other comedies. My pedagogy class chose this play as one we would collectively create a unit around for an assignment. Once again, I read it before this particular post (yesterday) but will probably read it again while actually working on the lessons. According to the Folger Shakespeare Library, “In a Midsummer Night’s Dream, residents of Athens mix with fairies from a local forest, with comic results.” Personally, I am just glad no one pushed for us to do Romeo and Juliet. 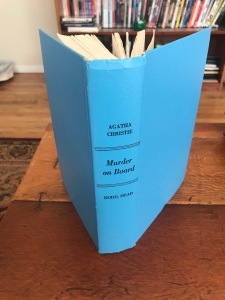 3. The Mystery of the Blue Train

Agatha Christie is hands down my favorite mystery author. I read this book (I think) nine or ten years ago. I have been rereading her Hercule Poirot series in order from the beginning and this one is next on the list. (This particular edition includes The Mystery of the Blue Train, What Mrs. McGillycuddy Saw! and Death in the Air.) I have no recollection of it so far which means either A) I never actually read it or B) it was one of the novels involved in one of my Agatha binges. Either way, I’m happy for some time with the little Belgian detective Hercule Poirot as he solves another case using his “little grey cells.”

4. Simon vs. the Homo Sapiens Agenda by Becky Albertalli 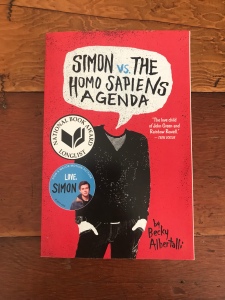 The film version of this (Love, Simon) came out last year and when it debuted I had no idea that it was based on a book. Me being me, I still haven’t seen the movie yet because I wanted to read the book first, so here we are. This book, about a sixteen-year old teenager named Simon who has not come “out” and its film will be the subjects of my first Book vs. Movie post later this month. I am really excited to read this one, and I have been so interested both it and the movie that the name “Simon” was in my head when I named my cat…Simon. 🙂

5. (Maybe) The House of the Spirits by Isabel Allende

Later this month, I have to give a “Book Talk” in my pedagogy class about a book we think we could teach and why, etc., etc. Now, my first choice was Harry Potter because A) Harry Potter and B) I have obviously read it and so it would be one less book to read this month. However, last week, my teacher ripped into it a bit as a acceptable book to teach…so we’ll see. It will be my back-up plan in case Allende’s The House of the Spirits. My book talk has been scheduled during “Banned Books Week” and therefore I wanted to choose a book that has been banned or challenged to present. This fits the bill (as does Harry Potter) and I have wanted to read one of Allende’s books for years. Availability (library) and time (length of book) are the only potential obstacles I foresee right now. I will keep you all posted!

Have you ready any of the books above? What are you reading this month?

Let me know, and keep reading!